​Ernest Kenyon was born in 1877 in Dukinfield, Ashton under Lyne, Cheshire, to George, a rope manufacturer, and his wife, Elizabeth.  His grandfather, William, had founded William Kenyon and Sons Limited, Rope Manufacturers in 1866.
In 1904 Ernest married Bertha Stringer and their son, Frank, was born in 1906. The 1911 census describes Ernest as a “rope and twine maker.”  At this time they were living in Preston. 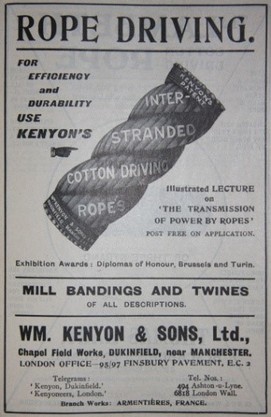 ​
Ernest came from a well-known Liberal family and he became Chairman of Preston Liberals. He was a Member of the Executive National Council of the Liberal Party and also Hon. Treasurer of Blackpool Parliamentary Borough Liberal Association.

In 1921 he was part of Preston’s Mayoral Party which visited the devastated regions of France and Belgium, in particular the town of La Bassee. This was a town “adopted” by Preston in order to help it rebuild after the war.  A civic reception was held for them.

Ernest moved to the Fylde, living at 97 St Annes Road East, and became a councillor representing Heyhouses Ward. He was also a JP and in 1950-1951 was Mayor of Lytham
St Annes.  Bertha died in 1939 and the following year Ernest married Gertrude Bassil.
He died in 1962. His last address was 225 Clifton Drive South, Lytham St Annes. 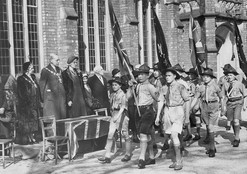