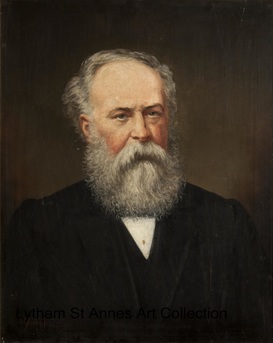 Robert became a broker and dealer in new and second hand furniture and antiques in
addition to being an auctioneer and valuer.  His business, The Auction Mart, was at 2-6
Orchard Road, St Annes.