Havelock Lonsdale was born in Oswaldtwistle, Lancashire, in 1863 to James, a warehouseman in a paper works, and his wife, Dorothy.
In 1891 Havelock lived in Accrington and was described in the census as a 'fancy stationer'. By 1901 he was a 'wholesale fancy stationer'. He owned the Star Stationery Works in Accrington, where he was a councillor. In 1908 he donated paintings to the Haworth Art Gallery. 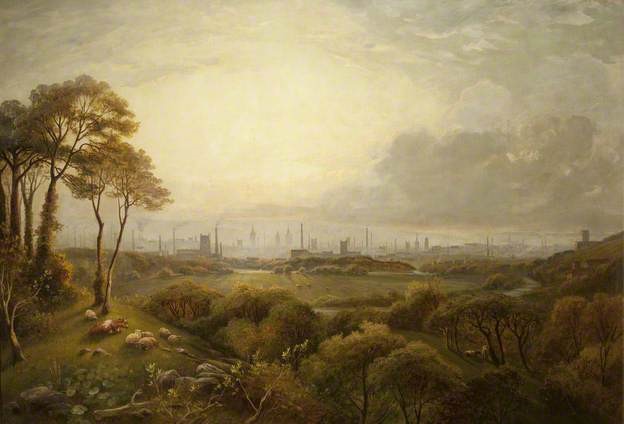 View of Manchester, by Thomas Creswick (attributed to), Oil on canvas, 77 x 110 cm, Haworth Art Gallery, HAG562
He was also a partner in Douglas Glendinning and Company, Fine Art and Christmas Card Printers and Manufacturers in Glasgow. This company was dissolved in 1909.

By 1911 he was living with his widowed mother on South Promenade, St Annes on Sea, and was recorded as a 'Fine Art Publisher and Christmas Card Printer'. Street records of 1924 and 1934 showed him living at 'Hyndburn', Cartmell Road, St Annes on Sea.