Sartin's catalogue (August 2001), understandably, gives the title of the painting as A St Bernard Dog, but an in-depth look into alternative breeds brought up The Newfoundland Club of America website, which provided an image of a dog that looked very similar to the one in the Collection. This was Landseer's well-known painting, A Distinguished Member of The Humane Society, the discovery of which established an important link between the breed of dog known as the  ‘Landseer Newfoundland’ and the dog described as a 'St Bernard'.  At the time of the painting the breed would have been known as Newfoundland.

Initially, there was some confusion over whom the artist might be, as the original spelling was given as H Llangl and research found no record of an artist of that name.  This led to a suggestion that it might even be by a member or more than one member of the Landseer family, given the family's involvement with that particular breed of dog and also the fact that the label on the back referred to the prominent art dealer, Thomas Agnew and Sons.  Following up on these lines of thought, a high resolution image of the painting was forwarded to Dr Denis Conlon, who has written papers on the Landseer ECT breed (European Continental Type), who confirmed that 'it is very definitely a classic example of a Landseer dog'.  He then kindly forwarded the image to Richard Ormond, an art historian who specialises in Victorian paintings.  A former deputy director of the National Portrait Gallery, he organised a major exhibition of Landseer's work at the Tate Gallery in 1981.  He wrote,
​' I cannot persuade myself that the picture is by Landseer.  There is something too passive about it, and the surroundings seem too conventional. On the other hand the treatment of the dog has some of the hallmarks of Landseer's style in the early 1820s'. Having read this somewhat inconclusive evidence, Conlon pointed out that, 'I know of a copy of Landseer's A Distinguished Member of the Humane Society where the dog alone is by Landseer and the background is filled in by his sister'.

However, the following entry was discovered in 'The Dictionary of Victorian Painters' by Christopher Wood (2nd ed) in 2020, three years after the initial research:
H. Langl, fl 1845-1850, exhibited 3 pictures of animals at the Royal Academy in 1845 and 1850;
subjects - dog, sheep and horses.  London address

On page 60, under the list of exhibitors' addresses, H Langl's residence is given as 11 Nassau Place, Commercial Road East, London E1.  This is approximately the location of the modern 482 Commercial Road, which was described as a coffee house in the 1882 street directory, but mid century seems to have been an ale house, where Langl could have been a lodger.
https://pubwiki.co.uk/LondonPubs/StGeorgeEast/NassauPlace11.shtml.
​Census research to date (October 2020) has drawn a blank regarding the name Langl.

Edwin, Charles and John Landseer all exhibited in the same year 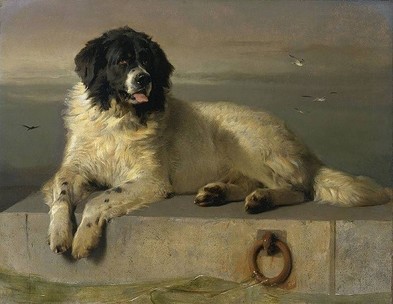 Sir Edwin Henry Landseer, 1831, Oil on canvas 111.8 cm × 143.5 cm (44.0 in × 56.5 in) Tate Collection
The story behind Landseer's Newfoundland is that the distinguished dog in the painting is 'Bob', who was shipwrecked off the coast of England. As a stray he became well-known along the London waterfront, saving people from drowning; there were twenty-three rescues recorded, spanning fourteen years.  He was declared a distinguished member of the Royal Humane Society, which not only entitled him to a medal, but also to food every day. Landseer used his cousin’s dog, ‘Paul Pry’, bred by Phillip Bacon, to stand in for Bob, who could never be found for Landseer to use.

​Paul Pry was taken to the artist's studio and placed on a table in the position that we see him in the picture.The artist has placed the faithful dog against a simple background, a dull threatening sky. A stately, white dog with a black head and small blaze, waiting to be of assistance to the unwary. The light falls beautifully on his white coat and we can almost feel his thick, soft fur and hear him breathe. His dark
head stands out against the lightest part of the sky, seagulls are flying about and the water laps against the stone block where the iron ring is fastened. The picture is quiet, but there is a feeling that something is about to happen. Should there be a cry for help Bob would be off to the rescue!

The original painting of Bob, first exhibited in 1838, hangs in the Tate Gallery, London.   An engraving of this painting was made by Thomas Landseer, his brother, with extensive retouching by Sir Edwin to assure perfection.  We know Edwin was obsessed by dogs from a very young age because the artist and Head of the Royal Academy Schools, Johann Fuseli, asked about the 10 year old Edwin, 'where is my little canine friend?', or 'dog boy?', when he could not see him in his drawing class.
​
PAINTING

The life-size representation of A Newfoundland Dog donated to the Lytham St Annes Art Collection is also sympathetically painted in fine detail. Despite the dog not being in an animated state - see Richard Ormond's comment below with regard to his passiveness,  there is a tension in the pose of a the dog, which does not look the viewer in the eye, instead he is looking towards the threshold of what could possibly be a doorstep. We sense he is waiting quietly, possibly in anticipation of the return of his master. Surrounding the nose and mouth is a ring of white fur, a white line of hair travels up the centre of his face, dividing the solid black of his ears and head, his eyes are beautiful bright and brown.  His nose is black, moist and warm looking.  Our eye is drawn along the dog's head, following the line of his beautiful painted fur towards a broken fence. The fence contains and holds the viewer within the scene. The clinging ivy guides our eyes gently out towards the spacious skies and open country landscape below. In the distance we see a cart travelling away from us on a winding road. We notice the cobbled ground area beneath him is strewn with yellow straw.
​
Lord Byron wrote a poem, 'Epitaph to a Dog', in homage to his dog, ‘Boatswain', which was also a Newfoundland. It starts, “Near this spot are the remains of one who possessed Beauty without Vanity, strength without Insolence, Courage without ferocity………”  Sentiments that resonate when viewing the dog in our painting.

Thomas Agnew & Sons was established by Thomas Agnew in Manchester in 1817 and opened its London gallery in 1860, where the firm soon established itself as one of Mayfair’s leading dealerships. Since then Agnew's has held a pre-eminent position in the world of Old Master paintings and was instrumental in promoting contemporary British art in the late 19th century.

Over generations, Agnew's has acted as principal agent and advisor to some of the most important collectors of their time, including Edward Cecil Guinness, 1st Earl of Iveagh, Alfred Beit, Alfred and Ferdinand de Rothschild and more recently Paul Mellon, Norton Simon and the Samuel Kress Foundation. Agnew's also often served as agent in the auction rooms for the National Gallery, London, and has been involved in placing masterpieces in major museums around the world. The gallery has handled works by, amongst others, Caravaggio, Van Dyck, El Greco, Frans Hals, Poussin, Rembrandt, Rubens, Vermeer, Titian, Turner and Velázquez, including the latter’s Rokeby Venus in the National Gallery. In 2013, after nearly two centuries of family ownership, Agnew's was purchased privately and is now run by Lord Anthony Crichton-Stuart, a former head of Christie’s Old Master Paintings Department, New York.

The National Gallery has acquired the archive of art dealers Thomas Agnew & Sons Ltd, following the firm’s decision to close its Albemarle Street Gallery in 2013. The archive, which dates back to the 1850s, consists of detailed stock books, daybooks, diaries and huge leather-bound account ledgers that provide an unprecedented insight into the activity of one of the world’s most important international art dealers.
It complements the National Gallery’s own rich archive and establishes the gallery as a centre of research for the study of collecting, the art market, taste and provenance. Researchers will benefit from improved access to an outstanding and little-studied collection spanning more than 150 years. 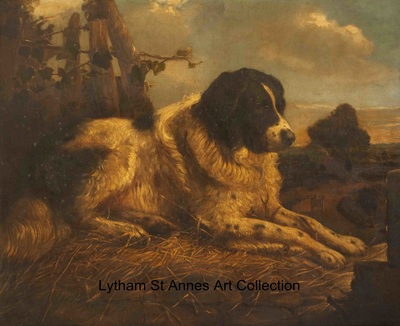 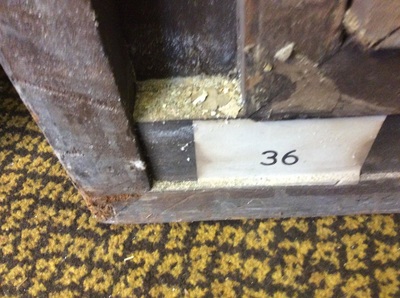 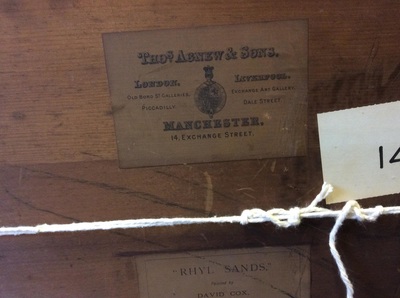 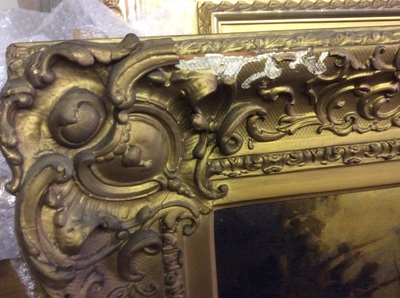 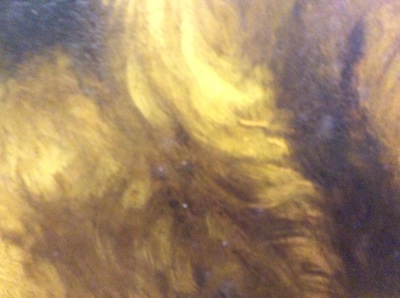 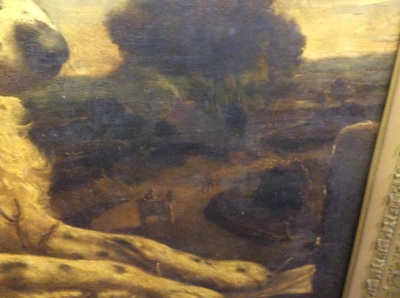 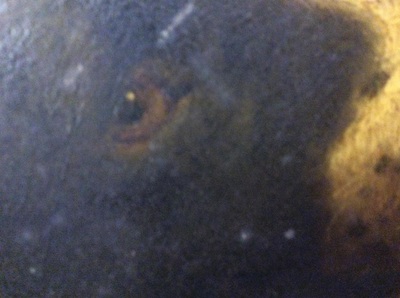 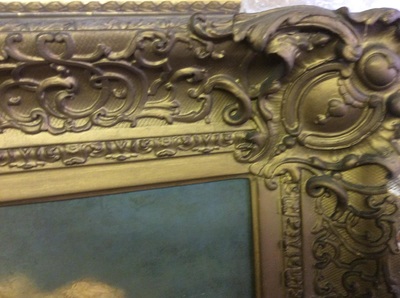 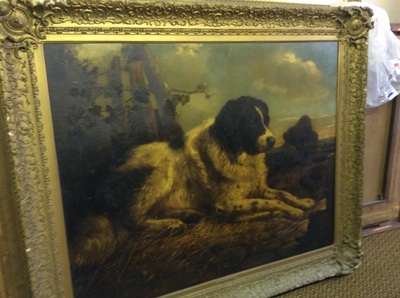 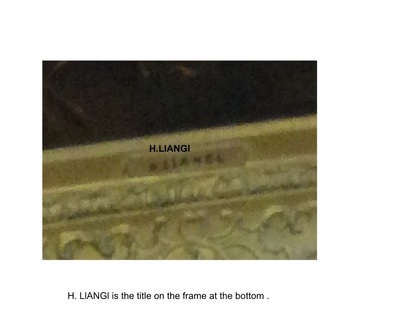 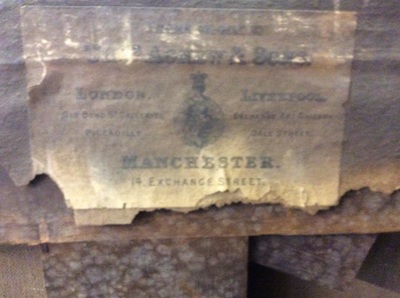 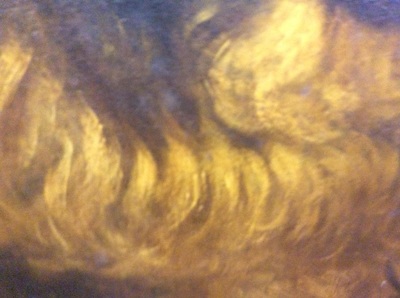 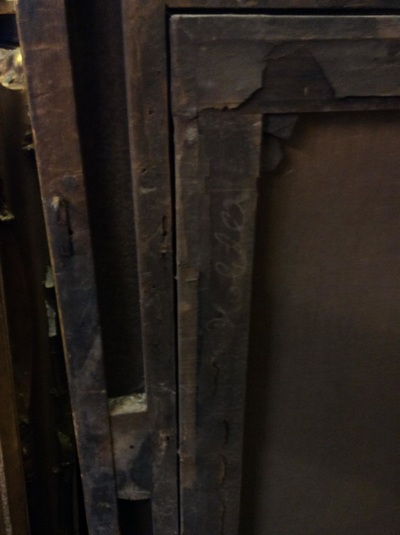 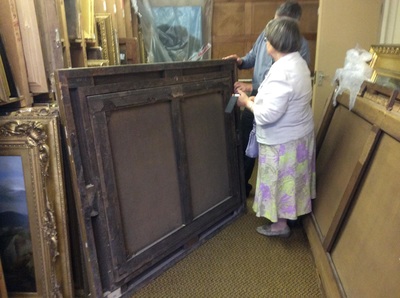 The donor, Councillor H J Burney, born 1890, married Lilian Jackson, born 1895, in March 1948.  Lilian died on 24 December 1980 and Henry in March 1987.  No other marriages were recorded and given their ages when they married there would not be any children.
Apart from these details there is no other evidence of family in the area, although there was a Henry Burney with the address Apartments, 27 Park Road, St Annes in 1934.

﻿Back to Oil Paintings﻿